Today we are going to explore the Emperor card, the fourth card of our Major Arcana set. As you will notice this card can provide us with different advice and guidance, to finally create and live the life we have always wanted. Let’s explore what the Emperor Tarot Card means, what’s is its message and more about the Emperor cards psychic revelation.

The number 4 (IV) corresponds to the Emperor card, which represents the 4 elements, earth, water, fire, and air. He arrives immediately after the Empress, and represents a man, sitting on a throne. He is holding a golden scepter, a symbol of authority and power. His crown is reminiscent of a Phrygian cap.

An eagle with spread wings appears on the throne. As with the Empress card (III), here too the emblems of sovereignty and power are present. The character appears serene and confident in his abilities. 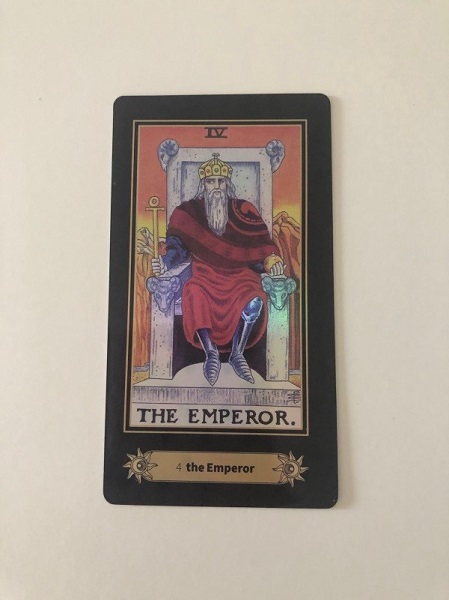 His attitude gives him power, firmness, and authority. The fact that he keeps his legs crossed, with his right hand over his left, indicates that he considers the most important duty of affections. The Emperor, with his gaze fixed on himself, represents an ambitious character, who seems animated by a logic of conquest and protection.

The emperor is seated on a stone throne, adorned with ram heads. Under the red dress, he wears armor. He has white hair and a long beard. In his right hand, he holds a T-shaped scepter with a circle above it. In the left, he holds a globe. On the head, his crown has red and white circles.

The landscape behind him is mountainous and arid, red is the dominant color. The interest of the Emperor is directed towards concrete things and he also has spiritual issues at heart, as is shown by the blue suit, and finds full satisfaction when he applies his intelligence.

The prevailing color in his clothes is red, reminiscent of Mars, the planet that rules Aries, and indicates how the action takes place. The scepter with the symbol of the Earth, he holds in his right hand, symbolizes his dominion over the daily things of the world.

The Arcana Card of the Emperor refers to all that is solid, practical, and destined to last. Everything that begins under the auspices of its strength and balance have an inexhaustible charge. It determines a positive and well-defined situation, to live with optimism and with pride.

All goals can be achieved thanks to will and cold-bloodedness. The Emperor represents constructiveness and wise decision-making. This Arcana represents strength, and consequently, the development of an activity, an increase, a positive disposition towards the outside.

It also means optimism, a period of psycho-physical well-being, in luck and love, excellent skills in public relations, diplomacy, luck in all fields, unwavering will, a benevolent and well-disposed person towards the consultant, a positive and constructive father figure, the good father of the family, a good relationship with his male-active part and with men in general.

Only good news for your projects and plans, as the card sends you confirmation and energy to make all you want to happen.

A relationship is consolidated and stabilized in cohabitation or marriage. Intense but not selfish feelings, with solid bonds of friendship, long engagements, but devoted to a happy ending. Fatherhood, a birth, an authoritative role of educator and guide, to be exercised in the family.

A masculine presence, strong and protective, with serious intentions towards those who consult. It is generally a prestigious man, a lawyer, an architect, a mathematician, a doctor, a merchant, or a manager.

In any case, an intellectual, mature but still vital, of an age ranging from forty to sixty. Loyal and proud, always constructive, he can be a fair traditionalist father, an older brother, an uncle, or a husband, a leader on whom you can still rely, especially if you are looking for support and protection.

The Arcana Card of the Emperor, if it shows up reversed during a reading, it does not follow the usual law of reversal. The Authority and the firmness of the card do not transform, therefore, in some cases, in weakness, ineffectiveness, indecision, laziness, but rather in an obstinate, rebellious refusal of power or on the contrary, in an exasperated exercise of one’s privileges.

Obstacles and impediments fail to stand between the consulted and the goal, but to determine them, rather than an adverse fortune, is the motivation to act, it is its own immaturity, imbalance, the tendency to take things too much.

Inability and failure to fulfill one’s obligations and goals, sense of helplessness, lack of determination, and lack of emotional fulfillment, fear of carrying out one’s ends.

It also represents an excess of selfishness (egocentrism), and intrusiveness by not giving space to others. He is also a typical person who wants to help others, even the stubborn, tyrannical, or those in need of power, even if not required. He is a person who loves selfishly, and who deprives others of freedom.

It is a presence or energy which is not completely negative, but you should be very careful in dealing with it, and managing it, to really shape and create a successful, but a positive healthy, no-toxic lifestyle for you and those around you.

Affective problems, a union, not solid and not mature enough for a definitive choice. The partner tends to prevaricate, with despotic and violent attitudes. Quarrels and misunderstandings as a couple, immaturity, and a lack of control of emotions and feelings.

Failure to protect invalidates a project. Failure, due to an impatient and arrogant attitude or the inability to plan work effectively. Clashes with a boss or colleague. Difficulty in making oneself understood and obeyed.

A brutal, tyrannical, selfish, stingy man, a formidable opponent against whom one is fighting in vain, a rival. A despotic partner aged between 40 and 60, an inflexible and too authoritarian boss, who makes life difficult for employees, a father-owner who cared to suffocate the family. 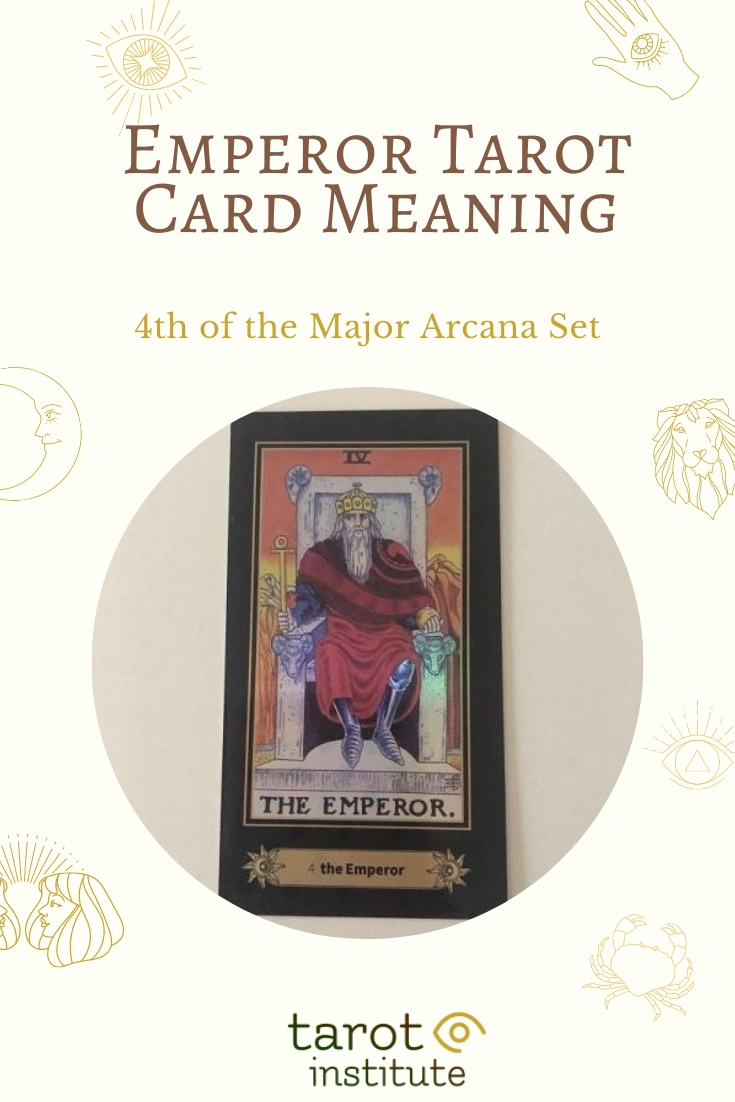 This card represents a man of power. Unlike the High Priestess, whose power is spiritual, and her power is earthly, it extends to the material world, to people and things.

He has gained great experience and self-control. He is a leader, his influence on others is great, and his inner strength immense.

Short advice from the Emperor card

Take the lead. Develop self-discipline. Be a guide for others. Use willpower. Be wary of bizarre ideas. Use traditional and established methods to solve problems.

Be strong, give stability to what does not. Strengthen, stabilize, consolidate. Plan your actions and bring them forward, in an organized and methodical way.

Take responsibility, advise those who turn to you. Act confidently, trust your skills. Develop a strategy and believe in yourself.

Disclaimer: The deck used as a reference is a traditional Raider Waite Tarot Card deck.

The Star Tarot Card Meaning [17th of the Major Arcana Set]
Next Post: Who is Taurus’s Soulmate? [Zodiac Soulmates Series]