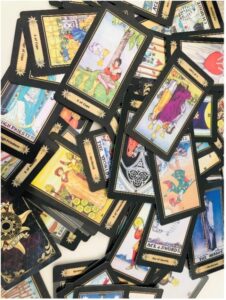 The Rider-Waite Tarot Deck is one of the most famous decks in the world; undoubtedly a large part of its charm is due to the evocative and elegant images on each card made by the artist Pamela Colman Smith; it appeared for the first time in “ThePictorial Key to the Tarot” published at the beginning of the twentieth century by the great English scholar, writer and esotericist Arthur Edward Waite, a member of the Hermetic Order of the Golden Dawn. The value and role of Waite in the history of the Tarot are indisputable: for him the cards are the symbolic representation of universal ideas, they contain a “Secret Doctrine” and the “Major Triumphs” in particular embody the way by which one can reach the highest Spiritual Truth. The success of the deck lies in particular in the explicit representation of what in other decks, in particular the Marseillais, is encoded in a more hidden way (compare, for example, the symbol of infinity suspended above the head of the Arcana n 1, the Magician, and the “infinity-shaped” hat the Bateleur wears). Above all the Minor Arcana are fully represented (according to Waite’s beliefs, of course) with characters and images that provide an intuitive and immediate reading of the meanings. The idea of ​​emphasizing images, even before the symbolic value, was undoubtedly correct.

I like this deck as it’s very easy to work with and also highly symbolic. Especially when you start your journey exploring tarot cards, it’s very important for you to rely on a deck where each card can speak by itself. 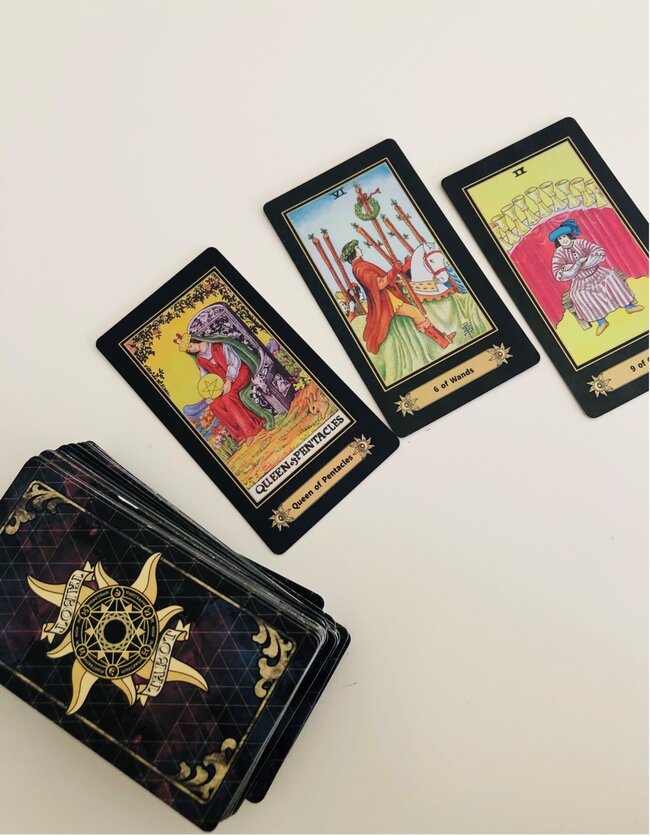 Rider Waite can teach you all you need to know to work with any tarot deck! In fact, in the Rider Waite deck we can find the traditional suits:

The numbers of the Minor Arcana are a key indicator in interpreting a reading. As you learn more about the meaning of the Cards, you will be able to make new connections between your teachings and intuit new meanings between the Cards.

The Minor Arcana are divided into four cards:

Cups, Pentacles, Wands and Swords. In most cases, each of the cards is related to one of the four primordial elements of nature: Water, Earth, Fire and Air. 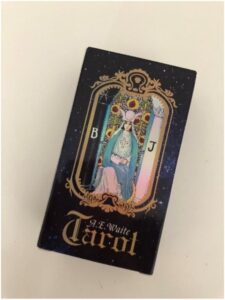 The figures in the deck are the Jack (or the Page), the Knight, the Queen (or the Lady), and the King of each card. These can both be interpreted as people or as situations.

The Page – Represents young characters or new situations such as a business idea or a candidacy for a new position or job interview. It also represents a playful, opportunistic spirit or the need to take advantage of an opportunity.

The Knight – Symbolizes the idealistic and fighting side, the person who throws himself into the unknown to defend those who are next to him and his projects without fear of adversary or of difficulties. It is the spirit that prevails over matter.

The Queen – Represents the institutions, the undertakings carried out, the strength of the female personality. They symbolize sensitivity, receptivity, protection, the maternal instinct and the inner world, be it male or female.

The King – Represents the action. The Kings of Wands and Swords of the Fire Element cards are agile and quick to react. The King of Cups, being of the Water Element, is less energetic than the previous ones, representing emotions and sensitivity. The King of Pentacles has a slower and more thoughtful approach, typical behavior of the Earth Element.

Where I bought my Rider Waite Tarot deck

I bought my Rider Waite tarot deck online on Amazon! I found a beautiful foil version that would give me some different vibes from the common traditional decks I used as a child while still having the same asset and pattern to work with tarot and their meaning.

Also read: A Review of The Starchild Tarot Deck (With Homemade Pics)

How I use this deck

I use this deck mostly to ask for something related to a life event, something practical and not about existential questions. Why? Because I feel a more mundane connection with this deck and I think that it can provide all I need to know, all the hints and the guidance to solve day-to-day problems and to see things clearly. 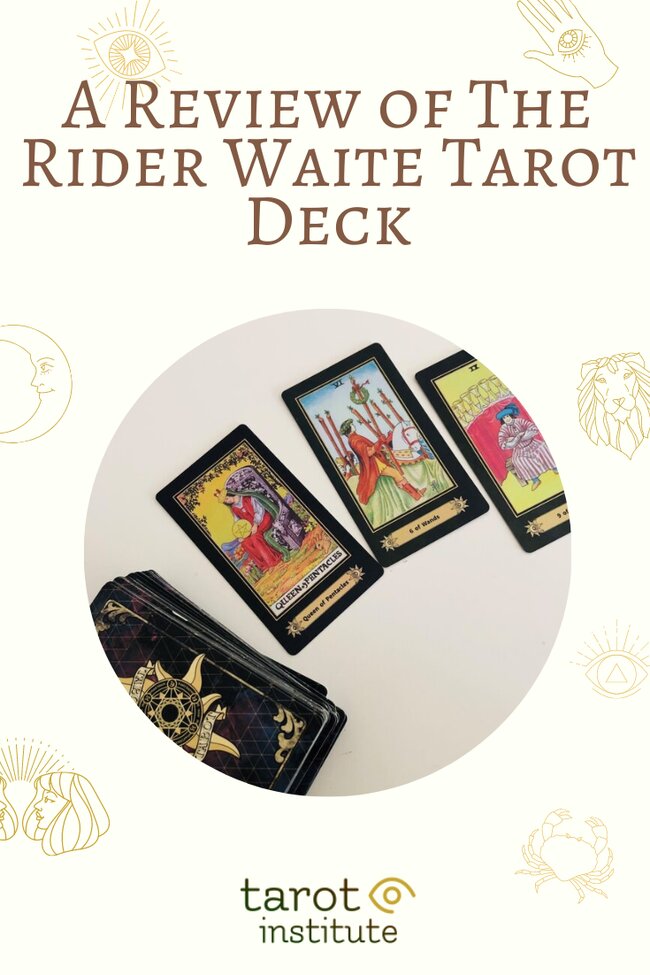 Is this a good deck to get started?

Absolutely! This deck is definitely perfect for beginners as its structure is pretty clear and each card gives you all the detail you need to interpret it correctly! Once you master this deck you can easily work with any other tarot deck out there!

A Review of The Starchild Tarot Deck (With Homemade Pics)
Next Post: How To Become a Confident Tarot Reader (Explained)