Today, I want to share with you my honest opinion about one of the most iconic and Instagrammed tarot decks: the wild unknown tarot deck. The creator of The Wild Unknown Tarot is Kim Krans, a US artist who divides her time between surfing and art. She created the first edition of the deck back in 2012 in Portland (Oregon, USA).

What is so special about this deck? 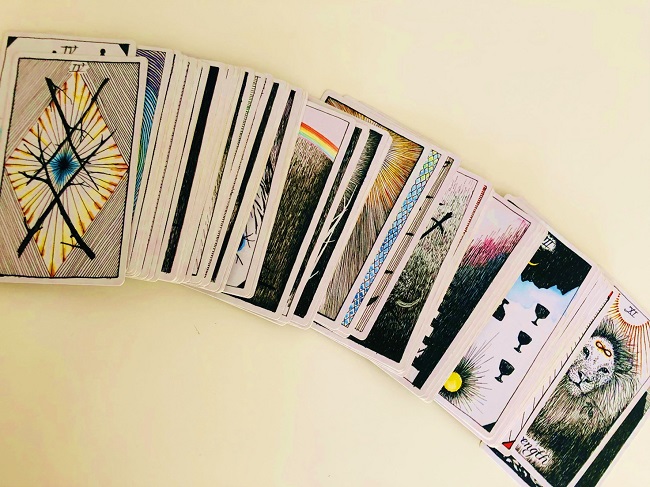 This deck became a tarot phenomenon! The first thing that jumps to the eye is that in this deck there are no men, no women, but only animals and natural elements. In an interview, Kim Krans said she likes to avoid giving pages, knights, kings and queens human forms, so the reader does not get bogged down with themes such as social class.

But we must not forget that animals are also linked to a profound symbology, and the effect they have on the reader is quite different. The cheetah Magician and the horse of the Chariot are very different compared to the dove that appears in the letter of the Judgment or the chick of the Fool. And the hierarchy we see in humanoid cards still exists in the jungle.

Animals even replace the tools that appear in the Tarot of Marseilles: the cups become swans, the sticks become snakes, the swords owls and the money deer.

The traditional figures are substituted with characters of the traditional family: the queen is the mother, the king is the father, the daughter is the page and the son is the knight. Kim Krans wrote about a lesson she learned from her high school art teacher: there was only one line to contain and transmit energy.

And this emerges in the graphic aspect of the cards, always very accurate and consistent. The deck is designed by hand with black pen strokes and watercolour. The stark contrast between black and white gives a quasi-expressionist feel to the deck.

The back of the cards is also in black and white and resembles the scales of a snake.

The elegant box with magnetic closure opens like a small casket.
The round symbol that Kim Krans has chosen to put on the cover also appears on the World map, the Arcana n° 21: it recalls the iris of the eyes, a planet and also a little bit the rabbit hole that Alice falls down in Alice in Wonderland.

The quality of the paper is excellent and pleasant to the touch. The deck is further decorated with a chic ribbon that holds everything in place.

The deck also comes with a guidebook, which is beautifully illustrated, that describes each individual card as it was conceived in the artist’s mind. Speaking of the guidebook, Kim Krans says that before starting to write it, she consulted a tarot reader, asking for general advice on a project about which she said nothing.
The Hermit came out, and the tarot reader told her: I don’t know what you’re working on, but don’t go online, just look around for inspiration: write something that comes from your heart. Only in this way will your creature reach the world. 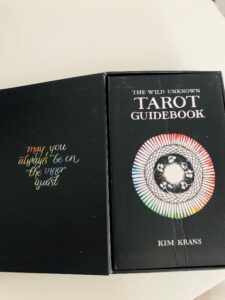 And Kim has put in a lot of heart and that’s why her deck is one of the most popular in the United States and is increasingly present in Europe.

The name The Wild Unknown Tarot, (Tarot of the wild unknown), comes from a verse of ‘Isis’, song by Bob Dylan:

I very much appreciated the phrase that reads on the lid of the box: ‘May you always be on the inner quest, may you always have a question inside. 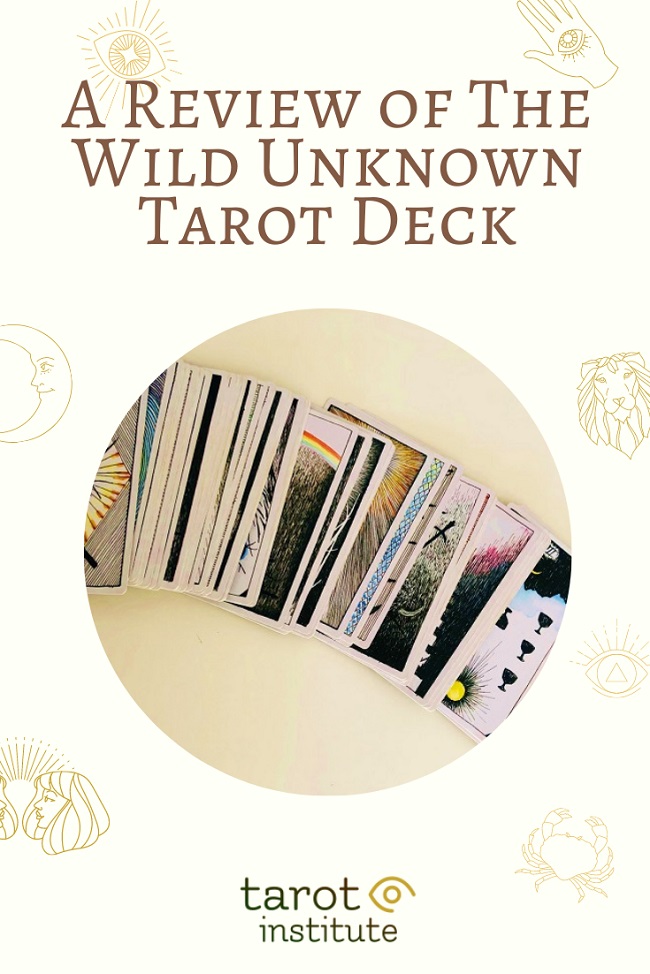 Why I love this deck?

I love this deck because of the deep connection with nature but also because, even though it is a very complex deck, is still very easy to work with and interpret.

Where I bought my tarot deck? 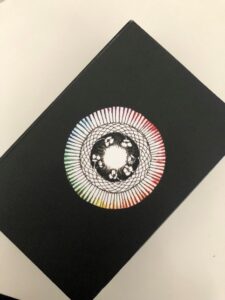 I bought this tarot deck on Amazon!

How I use this deck?
I use this deck on a daily basis, to be honest, as I felt an instant connection with it. It helps me so much and guides me like no other tarot deck ever did before! I really believe that each one of us has a special connection with a specific deck, and I think the Wild Unknown is like… the one! I mostly ask this deck for clarifications around something happening to me, or for advice about other people in my life. It always shows me what I need to know! I love how this deck is direct and to the point. It might be a bit harsh, but it has always been honest with me!

Is it a great deck to start?

If you feel a connection with a deck as dark as this one, and you feel comfortable with that, you can definitely give it a try. It’s easy to interpret, and it follows the main structure and patterns of the Rider Waite traditional tarot deck!

How to Create a Sacred Space For Your Tarot Readings? [Guide]
Next Post: A Review of The Starchild Tarot Deck (With Homemade Pics)