Since the very beginnings of time, man has questioned himself about his future and the unknown. Until today he has always been looking for answers to a wide array of questions that torment him. To find out what tomorrow holds, there is an ancient powerful tool, tarot cards. So today, we’ll find out where did tarot cards originate.

What are tarot cards?

Tarot cards are not simply a deck of playing cards, but they are an immensely powerful divination tool. The cards do not reveal the future to us, but they offer valuable advice to better face tomorrow, understand our past and to unravel the tangle of a complicated present. What is the history of the tarot card? Where did this fascinating divinatory art originate from? Let’s find out together. 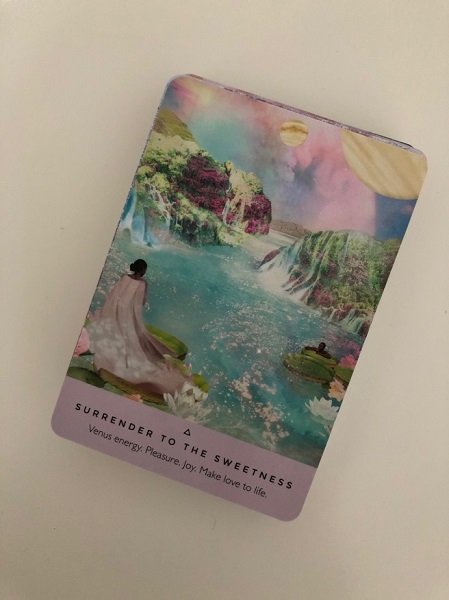 The origins: lost in the unknown

There is still a lot we don’t know about tarot cards and their history and origins. It is not known who created them. It is not known exactly what they were at the beginning, if a divinatory medium, a game, a means of self-knowledge, an instrument for spreading certain ideas, a magickal instrument or a wisdom book.

Nothing is known. It is just that one fine day, no one knows when, they appeared (as if by magick). Starting in 1200 the tarot cards began to spread in the courts, in the hands of the gypsies, the Saracens, the Templars, the people.

From around 1200 to 1500 we only know, from documents in circulation that the tarot cards circulated throughout Europe. Since 1500 we have historical evidence of the existence of some tarot decks (the Visconti tarot, the Sola Busca, the Visconti Sforza, the Mitelli tarot, the Mantegna tarot, etc.) whose origin and purpose are unknown.

The most widespread tarot cards are that of Marseille, but little or nothing is known about this. It is only known that decks spread to Marseille, but it is not known where they came from or who created it.

It is not even known the origin of the term tarot, different explanations have attributed the following languages. Egyptian (from tar, path, and ro, regio); Indo Tartar (tan, tara, zodiac); Hebrew (torah, law); Latin (resulting from the combination of the word rota, and orat; speaking wheel); even Taoist and Chinese.

For some it comes from taroté, the back of the first crossed-striped cards or by tarotiers, the makers of the first cards, and others by the god thot. In short, nothing sure is known about the tarot.

History of tarot cards as we know it

The history of tarot cards is ancient and fascinating. The origin is lost in the mists of time and is confused with legend and myth.

Although tarot cards as we know them were born in the Middle Ages, it is not wrong to consider them a direct derivation of the hieroglyphics in the Book of Thoth (a collection of 42 mythical and prophetic volumes) or to find analogies with the 64 Chinese hexagrams contained in I Ching (a custodian of ancient Chinese wisdom for more than 3000 years).

Furthermore, it is impossible not to remember that the Chinese were responsible for the invention not only of printing, but also of playing cards.

With that being said, the story of the “official” tarot cards, began in northern Italy in the fifteenth century AD. In the early fifteenth century, interest in playing cards began to spread (perhaps brought by the Egyptian Mamelukes), the first regulations of game and, in the same period, Filippo Maria Visconti, Duke of Milan, to propitiate the birth of a son, decided to commission a deck of cards depicting 16 deities linked to the Greek pantheon.

The child arrived, but unlike what was expected, it was a girl, Bianca Maria Visconti (and this, over time, also changed the symbolism of the cards).

The tarot card then was transformed into a divination tool in the 1700s, when the 22 Major Arcana, showed the path that humanity would have to follow to achieve enlightenment.

Even today, the Major Arcana suggests to us the way forward to reach awareness of ourselves and to face our darkest fears. A good fortune teller, therefore, must help us increase our self-esteem, but must not create a bond of dependence.

How and when did tarot cards as we know them reach us?

Who introduced them to Europe? Despite high taxes and legal bans on the gaming tables, later in the living rooms and the mysterious fortune teller’s caves? Two hypotheses can be formulated, both are equally possible. 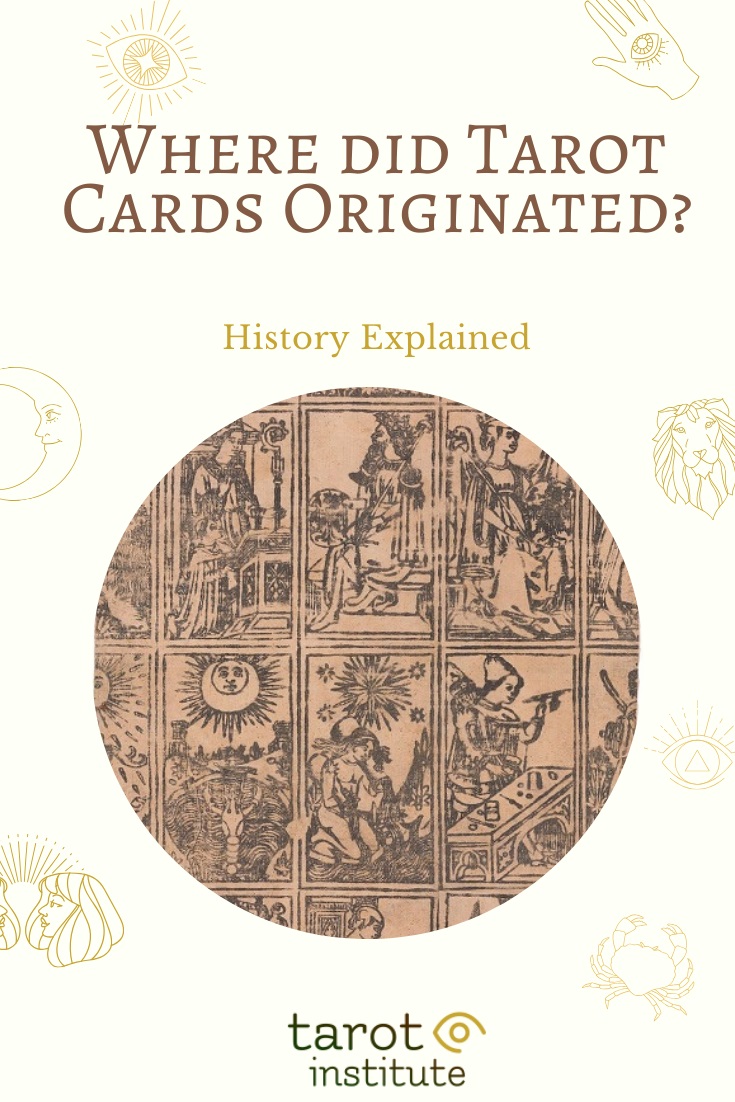 The Gypsies, as evidenced by the similarity to the Gypsy language with Sanskrit, the idiom of the ancient Indians. Around the 14th century AD a strong migratory wave began to climb the valley of the lndo and while passing through the Middle East, split into two sections.

The first headed for the Baçani, the other reached Egypt (hence the English term gipsy = gypsy = Egyptian) where they probably came into contact with the esoteric themes there, cultivated for a long time and now perfectly reconstructed, as Court De Gebelin maintains, through the symbolic layout of our deck.

Moreover, it is known that among the typical professions of the gypsies (coppersmiths, dancers, horse breeders) also include the bellows, so much so that the reading of the cards and the hand, in the centuries of the inquisition, first and then of rationalism, remained for long time exclusively their prerogative.

The esoteric symbolism of the tarot cards would therefore be derived from Egypt through Gypsy fortune telling.

The Templars, Knights of the Holy Sepulcher. These, located in defense of the holy places and defense of the pilgrims, had the opportunity to learn about the ancient knowledge of the Jews, accurate decoders of letters and numbers of the Bible.

The Templar order did not live long, however, as is known, in the two centuries before its suppression by order of the French King Philippe le Bel, they managed to accumulate immense wealth.

That the Templars were esoteric also testifies to the complex symbolism of gothic cathedrals which they were the creators of, while that they were actively involved in alchemy, proved by their own rule which, in one step, expressly forbids making gold in the presence of strangers.

The tarot symbolism, imbued with esotericism, would thus have come to Europe from Israel through the Templars, which not only acted as an intermediary, but also provided codifying of this knowledge and by passing on the cryptic language entrusted to Gothic architecture and sculpture.

Tarot cards: a tool for all of us

The high symbolic content of the major blades allows them a set of universal, cosmic, timeless messages. Some images are clearly of biblical origin (The Judgment, the Angel, the Tower, which recalls that of Babel, the Devil, to the angelic creatures of the Lovers and the Judgment. The symbols of the four evangelists of the world and the theological virtues of Doctrine), and others of astrological origin.

In short, their origin is secular, as much as ecclesiastical, pagan, or as much as Christians cultured.

They apply to any age, social class or nationality. That’s the reason why tarot cards are the best tool we have to unlock our intuition and our higher self, while full immersing into a magickal mystical and mysterious ancient source of wisdom and clarity.

A List of Tarot Cards Yes or No Questions [40+ Examples]
Tarot Spreads For Self-Love (4 Best Ones)
What are Tarot Cards Used For? [Most Helpful Examples]
What Does a Tarot Card Reading Tell You? [Explained]
How to Remember Tarot Card Meanings? [A Practical Guide]
Previous Post: «

What Tarot Cards Represent Which Zodiac Signs? [Explained]
Next Post: What are Tarot Cards Based On? [Major and Minor]