Did you know that your zodiac sign has a connection with a Tarot card? If you are going to learn how to connect with them and use them into your life, you are going to fully immerse yourself into a unique reality, where you are working to be the best version of yourself. Some of us don’t consider how important it really is to believe in themselves, while knowing exactly what the best traits of their personality are, but, together with Tarot cards, today we are going to learn more about what Tarot card represents Scorpio and how to use it.

The Tarot card best representing Scorpio is Death but also the Devil card, two of the darkest cards of the Major Arcana cards. 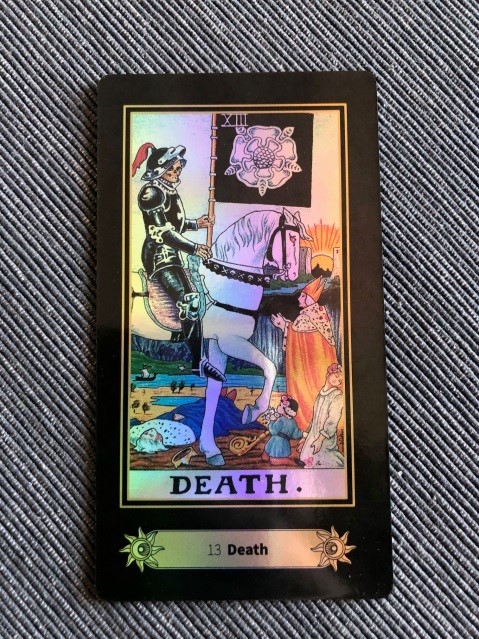 How does this Tarot card represent Scorpio?

The Death card best represents Scorpio and its personality traits as it’s one of the darkest zodiac sign of them all, because of the way it reacts to situations and how it is used to connect with others and with events in life.

On the Death card we find the well-known image of the skeleton, but in a moment of triumph leaving death at its passing, while sun rises at the horizon. Death is the Major Arcana card, it is the thirteenth Tarot cards of that set. The number thirteen according to ancient traditions is the bearer of misfortunes, but there is no shortage of cultures in which the number thirteen is an auspicious one.

Pictured on the Death card is a skeleton with a scythe, which winds its way between outstretched hands, feet, and crowned heads, a representation of the Triumph of Death, dating back to medieval iconography.

The character in Death is holding a yellow sickle, a color that indicates intelligence, while the pink skeleton symbolizes life after death. On the ground, there are two crowned heads, depicted with expressions as if they were alive. The peacefulness of the smiling faces is due to the certainty, that after death, the affections do not die with the body, because the soul still lives. The high rank suggests that death is equal for all and can annihilate all power.

In addition to indicating the divine action, the figure of the skeleton also indicates the path of transformation, clearly showing us the transition from mortality to the immortality of our consciousness.

The meeting with Death indicates that everything changes but is not destroyed. The card symbolizes the end of something, the occurrence of an event that can throw you into despair, but which is nevertheless an obligatory, albeit difficult, passage. Death is, therefore, the end from which the transformation that renews all things, begins.

Death is inevitable and cannot be stopped, but instead, we must accept what life preserves, therefore a change.

The card, despite the terrible figure of the skeleton, can be understood as a wish for positivity, both in the sentimental field, which can indicate a clarification between the couple or a painful break and in the work field, as important innovations in the career. In both cases, death announces a new opening to life and opens new prospects for a better future.

It is the Major Arcana cards related to transformation and movement, the necessary abandonment of the past, to access a future full of promises. What had to happen has already happened, the bottom has already been touched and now there is nothing left to fear.

The only possible solution is the ascent, liberation, revitalization that always keeps behind every initiatory death, which is followed by the hoped-for inner awakening. It is not said, of course, that it is a painless movement. Seeing your illusions collapse, closing with the past, breaking ties, habits, situations, which have now become dry branches, always hurts a little. But the evolution is unstoppable and the events inevitable and in the long run profitable.

The beginning of a new historical era or a new lifestyle, a new love, or a new occupation is always necessarily marked by a moment of crisis. New desires, new needs imply a radical transformation, perhaps an unexpected evolution, in short, a qualitative leap, in front of which Scorpio’s can feel unprepared. New projects, new ideas, new circumstances, new life, of course with each its price to pay, everything follows the logic of passage and rebirth and if there has been a defeat, it must be accepted as the useful lesson it brings.

Even the strongest obstacle can be overcome, by fighting methodically and patiently. Any melancholy is destined to dissolve soon because something certain, consolidated, awaits Scorpios. Not to mention that on their side they have excellent judgment and discerning skills, that will allow him to predict obstacles and dominate events.

Scorpios just need to trust the process and go with the flow of transformation. Even the projects they thought were unworkable, will find unexpected possibilities for implementation. This Arcana card alludes to all that derives from the past, the teachings, the secrets, the material, and moral inheritances, the activism.

Scorpios often tend to be too anchored to the past, even in an obsessive way, and too closed-minded.

It is best to use the past to shape the future in a different way. Let the new in and let the past go, in as change is the most important thing you should work on, to finally embrace yourself at a higher level and all you need to get to have a wonderful fulfilling life. 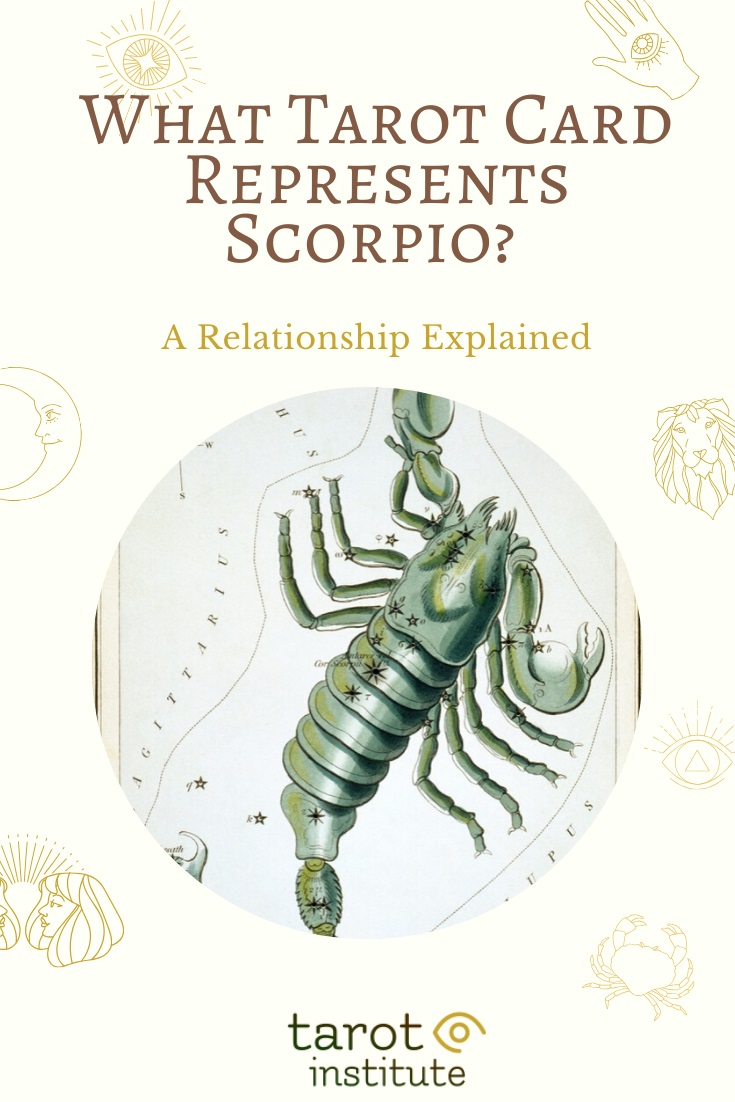 How to use the Tarot card related to your zodiac sign?

The Death card can be used to overcome the challenges you are dealing with. Maybe you have prejudices and fixed beliefs that do not allow you to change your life for good. Maybe there is a sort of resistance because of the life you would like to create, and the effort and risks you need to take, something you are ignoring and shutting down because you are too linked to your convictions.

The advice you should take from this card is to not have prejudices and to overcome preconceptions to reach your goals.

How can Scorpio be represented by another card as well?

As I mentioned earlier, the Death card is the Tarot cards that best represents Scorpio, but there is also a connection with the Devil card as well. Why? Because Scorpio’s wish to be anchored to the past, can generate those obsessive patterns linked to the Devil card, that is about blockage, obsession, and even addiction.

How could you use both cards to change your life?

Use these cards as a gentle reminder of this restrictive attitude you might hold, to open yourself up to new possibilities, and approaches to live your life in the best way possible.